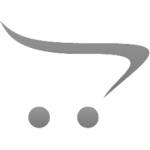 Yogacharaya Shri K. Pattabhi Jois (Guruji) was born on the full moon of July 1915, in Kowshika, a small hamlet located 150 kilometers from Mysore in the southern state of Karnataka. His father was an astrologer and a priest in the village of nearly seventy families. Guruji was the middle of nine children, and from the age of five, like most Brahmin boys, began to study the Vedas and Hindu rituals. At 12, he attended a yoga demonstration at his middle school that inspired him to learn more about the ancient practice. He was so excited about this new discovery, he arose early the next morning to meet the impressive yogi he had seen, Sri T. Krishnamacharya, one of the most distinguished yogis of the 20th Century. After questioning Guruji, Krishnamcharya agreed to take him on as his student, and for the next two years, unbeknownst to his family, Guruji practiced under the great yogi’s strict and demanding tutelage every day before school, walking five kilometers early in the morning to reach Krishnamacharya’s house. He was ambitious in his studies and driven to expand his knowledge of yoga. When he would read the Ramayana and other holy books on the veranda of his house, his family members would say, “Oh, look at the great pundit. Why are you wasting your time with books? Go tend to the cows!”